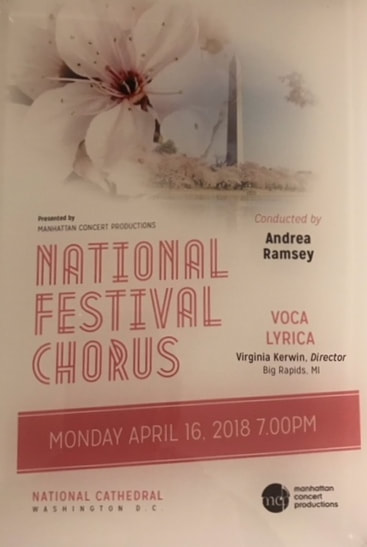 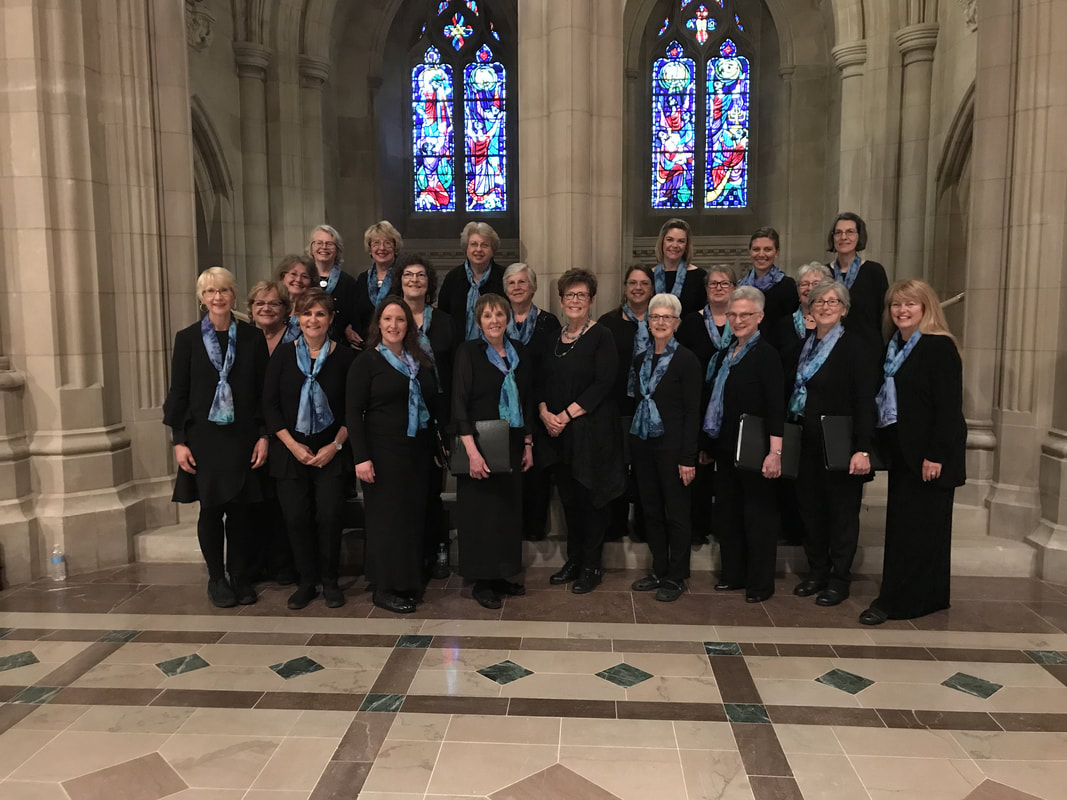 Just before our concert at the Washington National Cathedral 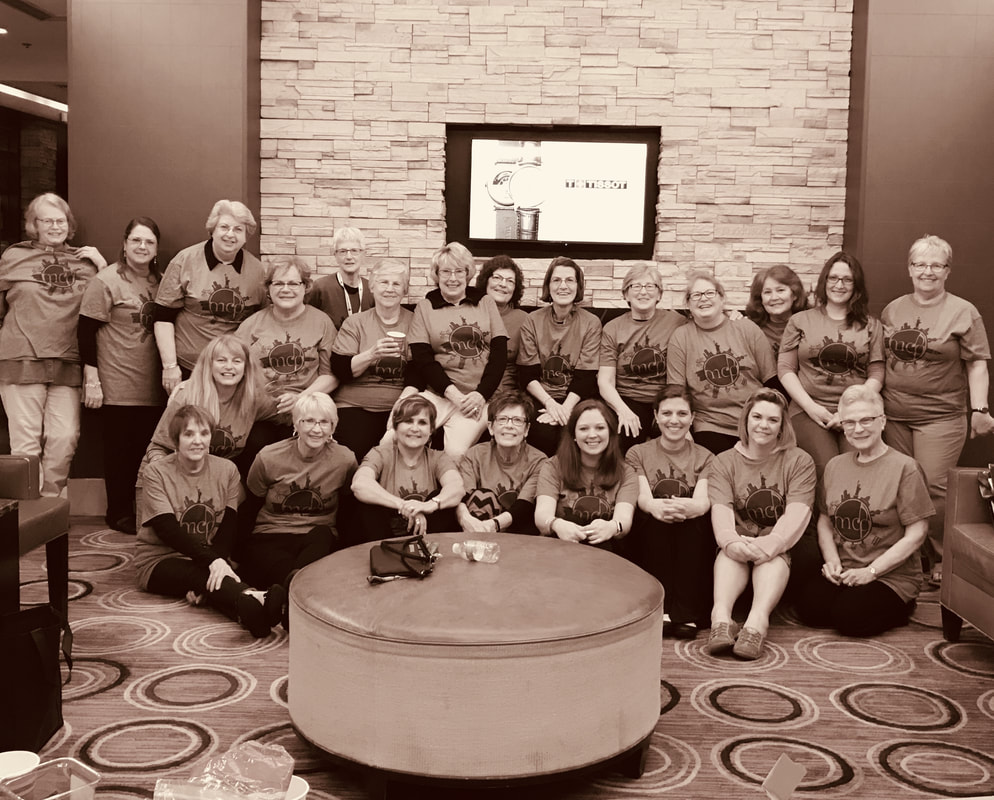 After the concert...relaxing at the hotel in our new Manhattan Concert Productions t-shirts. 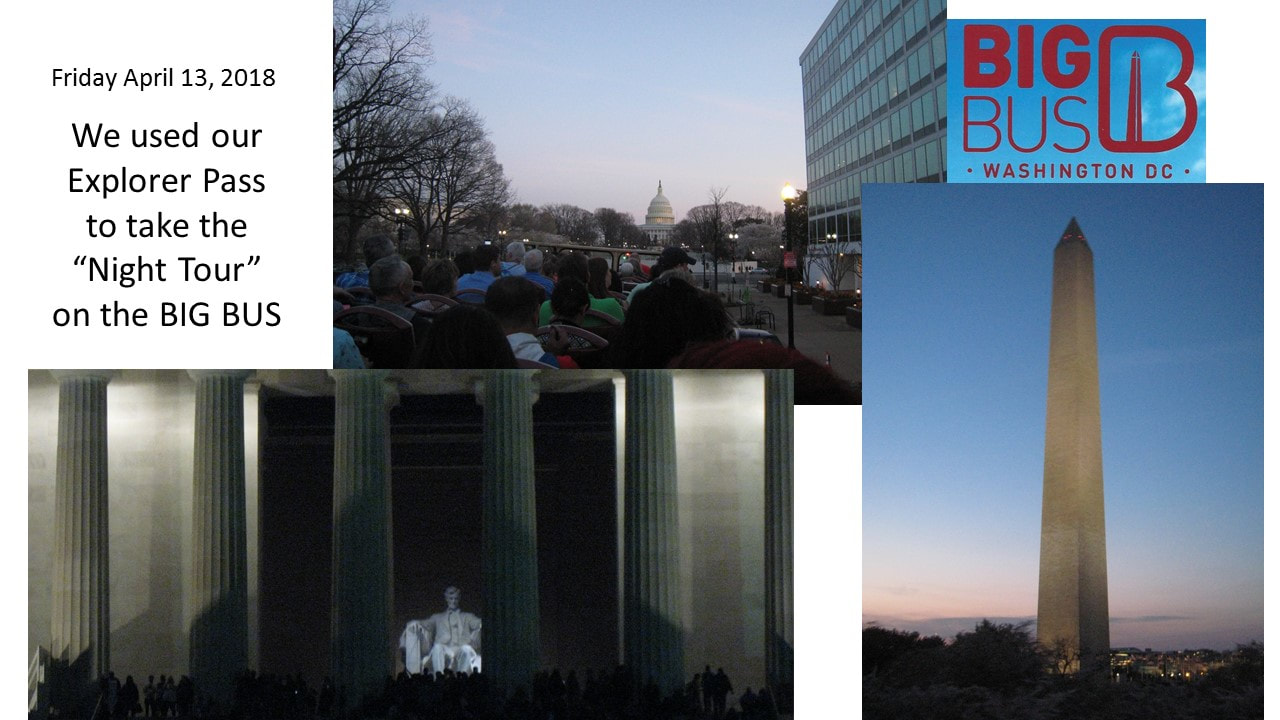 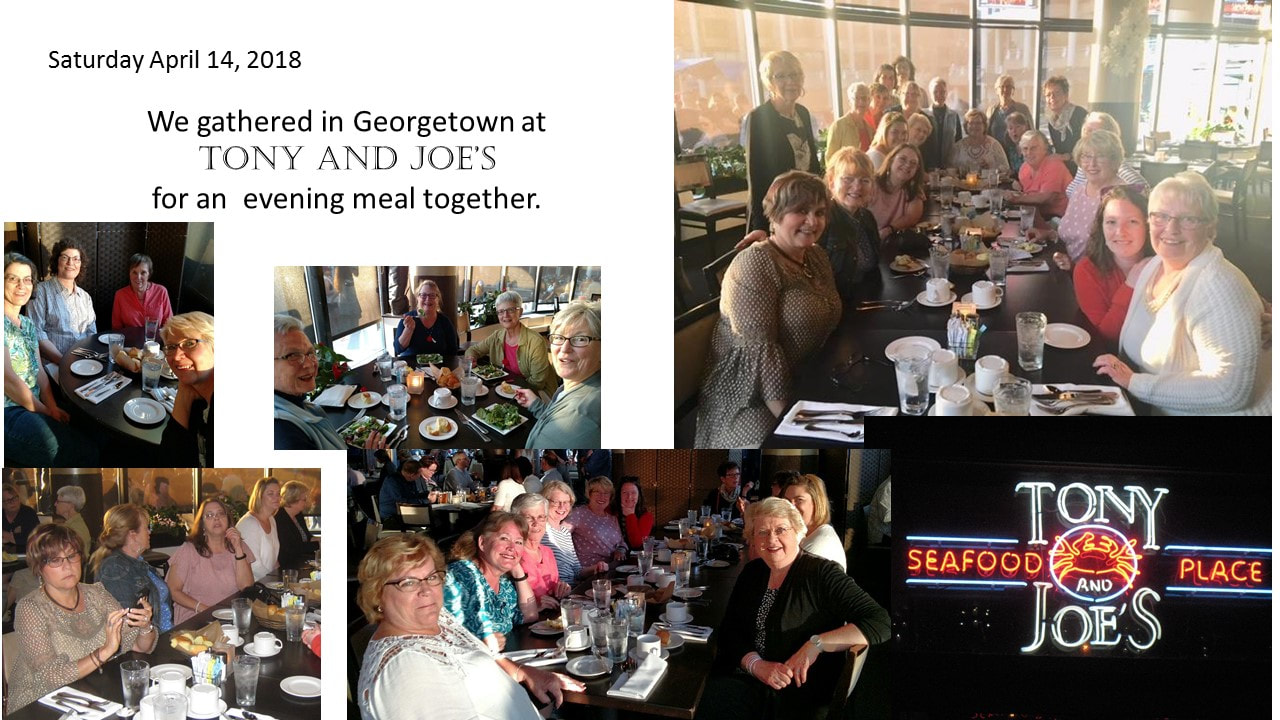 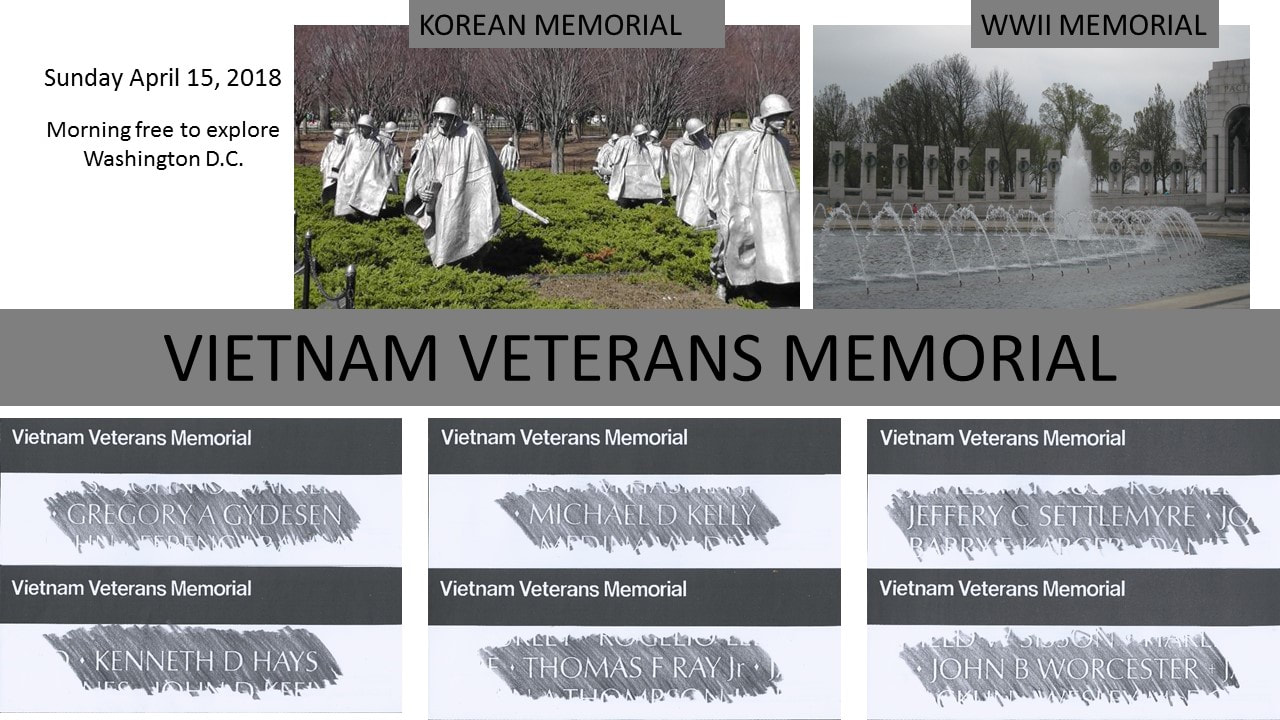 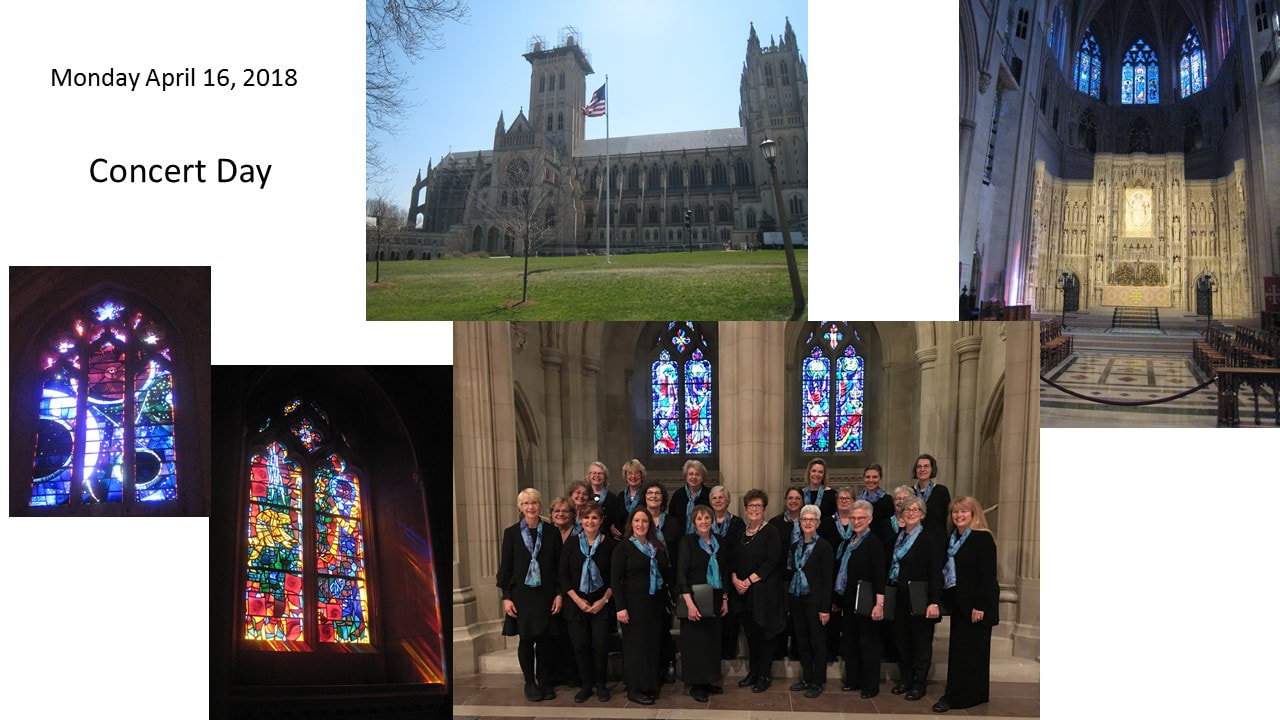 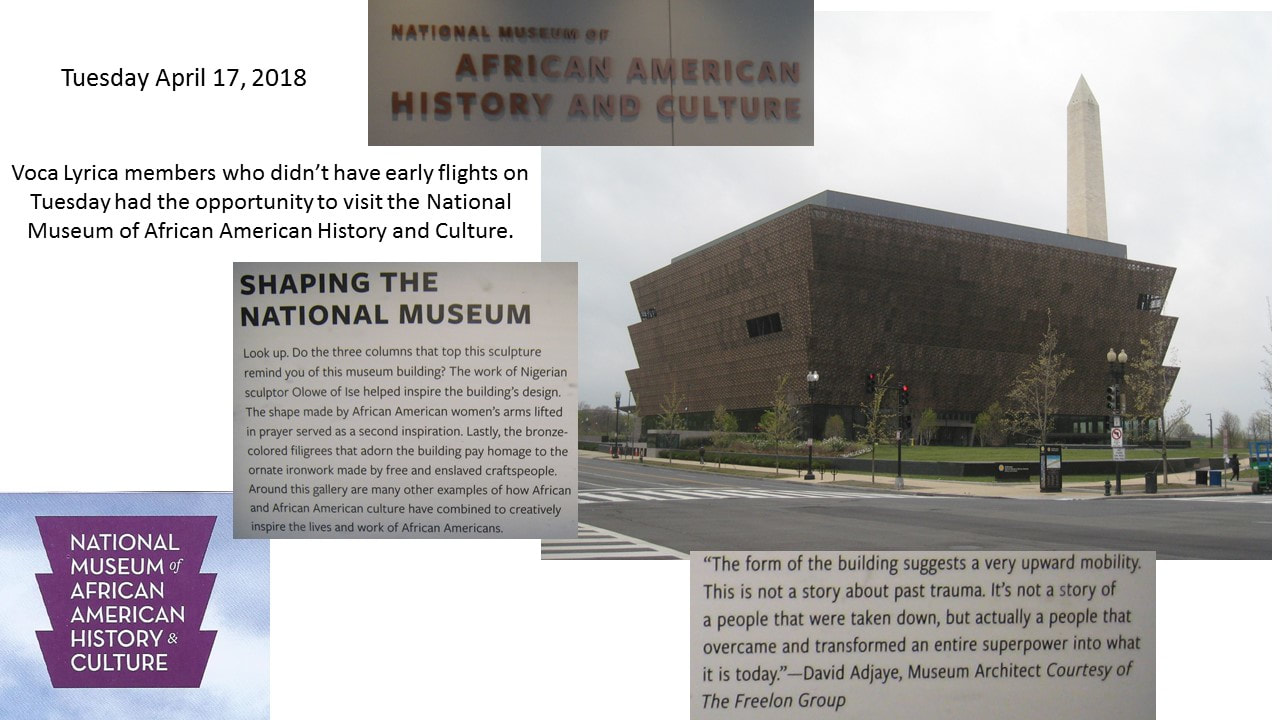 ​Up and Down the River – Voca Lyrica Goes to Washington

No, it’s not a re-make of the classic “Mr. Smith Goes to Washington,” however entertaining that one was.  This is a real-life event, happening this month.  And while not a political trip, it’s hard to avoid the impact of government and politics in that city.

Voca Lyrica is going to Washington to do what Voca Lyrica usually does: sing.  Twenty members of the choir accepted the invitation to go to Washington D.C. and perform in a larger women’s choir concert at the National Cathedral on April 16.  The performance will be under the direction of Andrea Ramsey, who, as followers of Voca Lyrica know, composed the song “Richer for Her,” for our 15th anniversary. Members of Voca Lyrica also sang under Ramsey’s direction last year at Carnegie Hall in New York City.

Music learned and performed for this concert will also be part of Voca Lyrica’s Spring Concert, to be held on Sunday, April 22, at 4:00 p.m. at Big Rapids High School. The theme for this year’s concert is “The Joy Is in the Journey,” which is pretty much symbolized by the trip to Washington followed closely by our local concert.  And sandwiched in between will be a performance for the GFWC State Convention here in Big Rapids, at which Big Rapids native Sue Johnson will be installed as state president.

Travel for Voca Lyrica has been a part of our outreach and mission since 2007, when our first transoceanic journey occurred.  It would be interesting to tote up all the travel miles that the group has accumulated, with concert tours to Australia, the British Isles and Europe (twice), and several trips to New York for good measure.  The international air miles are approximately 44,500 alone.

It’s not just the actual miles that are significant, but the symbolic ones as well.  Every piece we sing, every musical challenge takes us on a journey.  Some are difficult, with notes and rhythms that involve much rehearsal, a lot of which is done individually. Those “personal journeys” culminate in group rehearsals, where we journey together, with the goal of making our music ready for performances.  And our concerts take the audience with us because music has the power to transport both the singers and the listeners to places where they have never gone before.

Watch the faces of the singers at a concert.  They are joyful and smiling, so happy to share the “joy of the journey” from rehearsal to performance.  Voca Lyrica’s travels allow our members to experience the joy of other cultures and performance venues.  When we sing, we bring all of those places and people back together.

Come journey with us on Sunday, April 22.  It will be a concert to celebrate and remember.