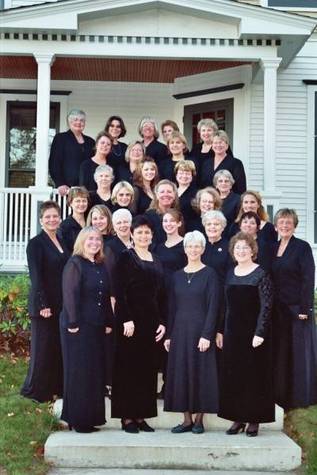 BIG RAPIDS, MICHIGAN — A local women’s choir, Voca Lyrica, has been given the opportunity of a lifetime as they will be singing on stage at Carnegie Hall in New York City on Nov. 22. In February, Voca Lyrica’s founding Director Virginia Kerwin received a letter of invitation from MidAmerica Productions asking the group to participate in a performance of Gwyneth Walker’s Six Songs for Women’s Voices in Carnegie Hall with a full orchestra, professional soloists and internationally known conductor Maestra Menk. “We are very happy to represent Big Rapids in the concert,” Kerwin said. “Every time we perform, we are artistic ambassadors from our community.” The other choruses that will sing with Voca Lyrica include: Women of Lakeshore Choirs from Stevensville; St. Louis Women’s Chorale of St. Louis, Mo.; McAuley High School Chorus of Harrison, Ohio; LaPorte High School Treble Chorale of LaPorte, Ind.; St. Mary’s College Women’s Choir of Notre Dame, Ind.; and Sounding Joy of Randolph, Vt. The songs that will be performed are “I Thank You God,” “Women Should Be Pedestals,” “Mornings Innocent,” “The Name is Changeless,” “ Love is a Rain of Diamonds,” “In Autumn,” “I Will Be Earth” and “Crossing the Bar.” There will be a total of approximately 150 singers in the chorus, which will be accompanied by the New England Symphonic Ensemble.

Twenty-five of the 30 members of Voca Lyrica will fly into New York on Nov. 19 where they will stay at the Grand Hyatt Hotel. On Nov. 20 and 21 the group will attend rehearsals and on Nov. 22 they will perform for an audience at 8 p.m. “I’m thrilled that all of the women in my group will have the opportunity to sing on stage at Carnegie Hall where so many famous people have performed,” Kerwin said. “To create beauty with all those other women will be extraordinary.” Representing Voca Lyrica at Carnegie Hall will be the following members: Virginia Kerwin, Mary Kay Anderson, Christina Bertrand, Mary Boone, Sue Burns, Suzette Compton, Coleen Dice, Netty Cove, Donna Drake, Paula Hampson, Karol Hartley, Cathy Johnson, Berneta Kelsch, Sue Kwant, Linda Lincoln, Karin McKean, Dianne Nelson, Sue O’Neill-Cook, Ruth Reeds, Marian Sakalauskas, Rachel Schumann, Lori Soares, Helen Sobers, and Joan Wellnitz.